This post contains affiliate links, for which I may be compensated if you make purchases through those links. Thanks for supporting GuG!

I just love Disney Pixar movies, and the latest one, Coco, which was out over the holidays, just came out on Blu Ray. We didn't get a chance to see it in theaters, so when it was finally released, we snapped it up! 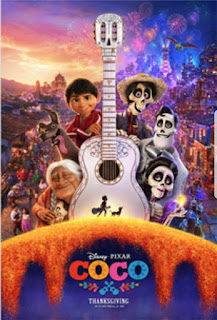 If you haven't seen the film yet, I'll try not to spoil it for you, but the premises is a young boy, Miguel, absolutely loves music, but his family does not. They actually have an outright ban on music and any instrument in their home. This really frustrates Miguel, who has to pursue his passion in secret. He owns a guitar which looks just like the one used by his idol, Ernesto de la Cruz. But when his guitar is broken, he sneaks into Ernesto's tomb on the Day of the Dead, which leads to some magical events that transport Miguel to the Land of the Dead. 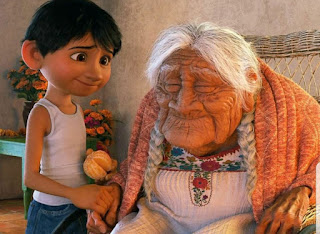 While there, he meets some of his ancestors, who he is really cold to at first. His main goal is to find Ernesto, and sets off to find a way to make it to the huge party that Ernesto is about to throw. In the mean time, Miguel meets Hector, a drifter, who decides to help Miguel as long as he does him a favor in return. I won't reveal too much more, but from there, Miguel learns all about love, trust, betrayal, and the bond of family throughout the night as he tries to get a blessing from his loved ones to return to the Land of the Living.

It really is a beautiful and heartwarming story, full of songs, and stunning visuals. It was evening when Sara and I watched it, so I turned the lights out, and the vibrant colors of the movie really stood out and were stunning in 4K Ultra! Sara loves anything with a lot of color and music, and I was surprised at how engaged she was with this movie! 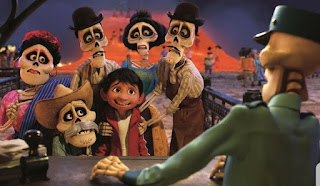 Having a short attention span, being a toddler and all, she really stopped what she was doing and paid attention to this movie more than any other. After it was finished, I asked her if she liked Coco, and she yells back at me, "COCO!" I think it has her approval, and it will sure to be a film we watch over and over again! 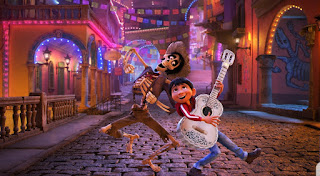