Yes, We Took Our Baby to a Christmas Party

Last week was my husband's company holiday party. He works for a tech company, and tech companies sure know how to party, so of course we wanted to go! But this year, with a baby, we were thinking we might have to pass. I had called my parents, but they were unable to make the trip over mid week, and one of my coworkers mentioned that she might be able to come to the house, but I was apprehensive because she lives downtown, and we were expecting snow that evening. Plus it would be a late night for her.
Luckily, my husband got permission to bring Sara if he wanted, and we thought, why not!? So I dressed her warmly and we set off for the downtown Seattle waterfront!
The party was at the Seattle Aquarium, which the company rented out for the evening. The theme was the 50s, and many people were dressed in 50s style clothes, which I thought was cute. There was a live band playing music from the era, which I was a bit nervous about, since Sara has reacted badly to loud music in the past. But tonight, she didn't seem phased by it.
In the back of the main lobby, there is a floor to ceiling fish tank, so we chose a table in the next to it, and Sara was absolutely transfixed! She loved watching the fish swimming around, and couldn't take her eyes off from them. Meanwhile, Mark and I enjoyed the delicious food, and a couple of really good drinks from the bar while we listened to the band and chatted with his coworkers and their guests.
Sara was the youngest guest, and the life of the party! Everyone was coming up to say hello to her, and telling her how good she was being! Sara is, after all, pretty mellow most of the time. There was a table nearby with props for a photo booth that you could wear, so I put a little headband on her and snapped some pictures. One of which is one of my most favorite pictures of her I've ever taken!
We decided to show Sara around some other parts of the aquarium that we could go in to, which included a wave pool and a jellyfish tunnel. But by far, her favorite was the big tank up front, so we took her back there.
We enjoyed a few more songs, and waited for the raffle giveaways, which unfortunately, we didn't win anything. I looked outside, and it had begun to snow quite heavily, so we decided to call it a night.
It was a really enjoyable night, and I'm glad we were able to make it a family affair. And Sara did so good! She was the belle of the ball! I'll definitely have to take her back to the aquarium some time! 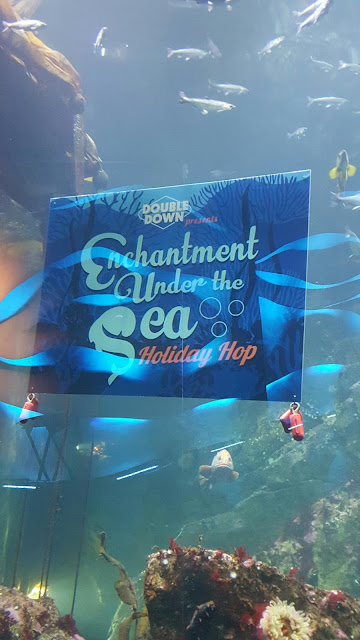 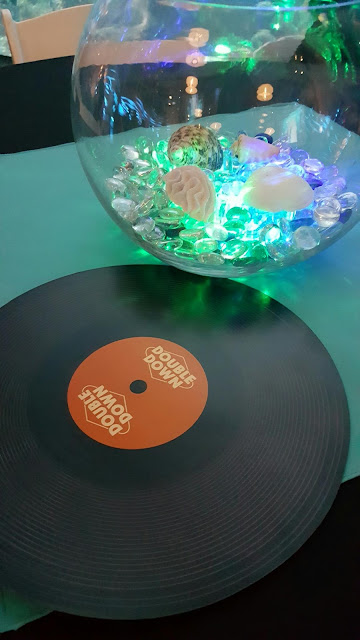 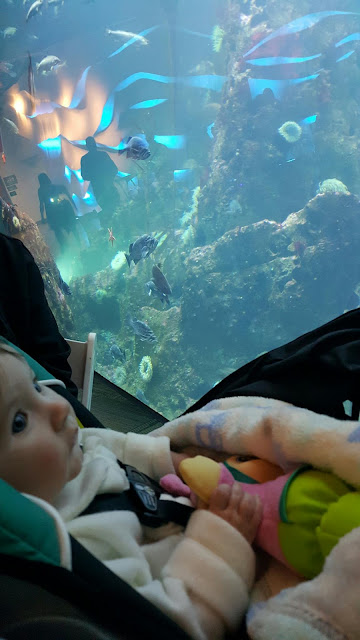 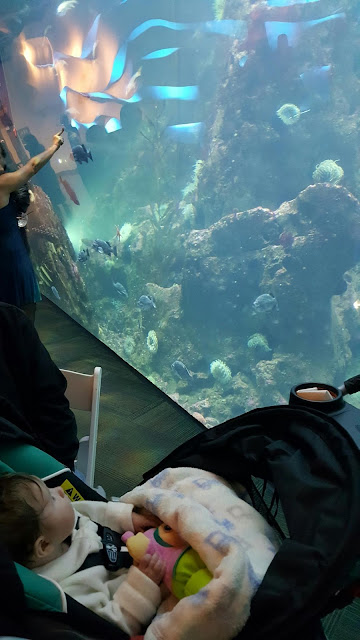 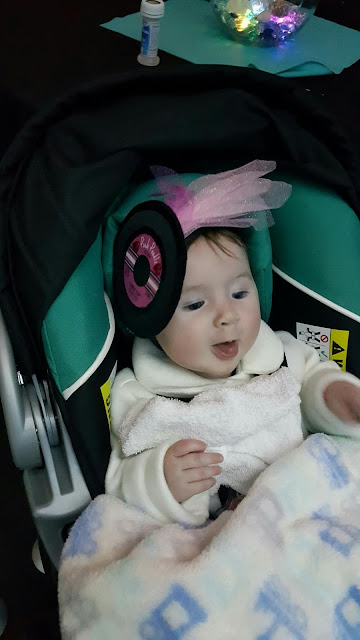 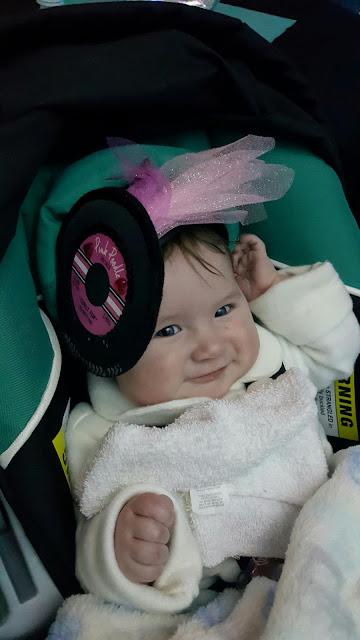 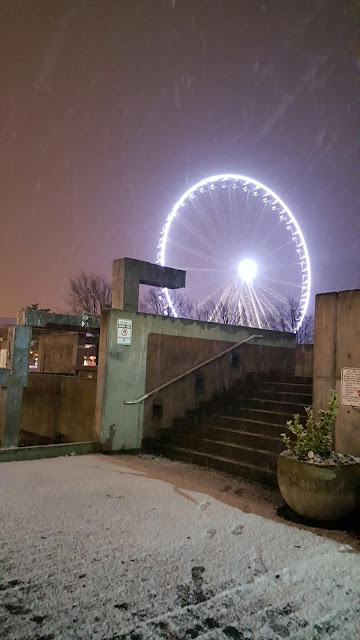