Sara Gets Her Helmet

If you follow me on Facebook or Instagram, you may have noticed some pictures I posted of Sara wearing her little purple helmet. Stemming from her injuries at birth, we had to position her a certain way for a few months, and she developed a flat spot on her head. I was hoping that her head would round out a bit on its own, but it didn't. So after a consultation with her doctor, we decided to go forward with cranial band treatment. It was a long time coming, but needed. The reasons being that if she ever plays sports later in life, she would need to wear a helmet that fit her properly.
After several visits to an orthotics clinic and several rounds of scans, Sara was fitted with her little helmet. I was worried that it would bother her, or worse, hurt her, but luckily, she doesn't seem to mind it. Having something like this on my head for 23 hours a day would drive me nuts, as I can't even wear a baseball cap without getting a headache! But Sara's such a trooper! She really doesn't even seem to notice it!
She recently learned to crawl, and has started to pull herself up on the furniture to stand, and I'm happy that her helmet hasn't slowed her down! But alas, I'm hoping that she doesn't have to wear it that long. The average length is four months, and I'm crossing my fingers that she'll be done with it by her birthday in late July. Until then, we'll just roll with it! 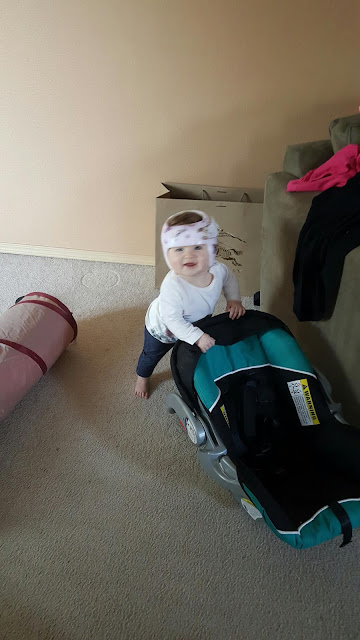 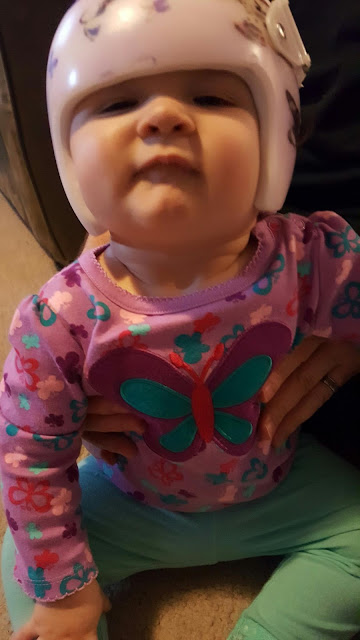 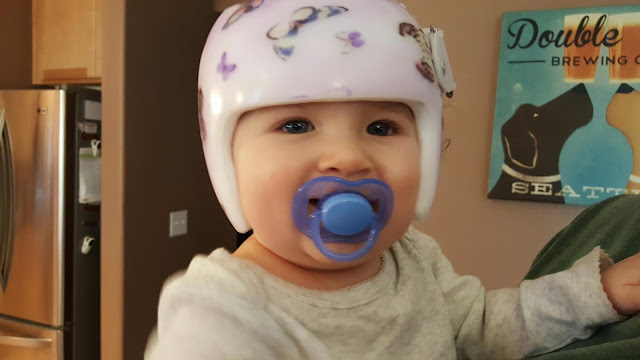 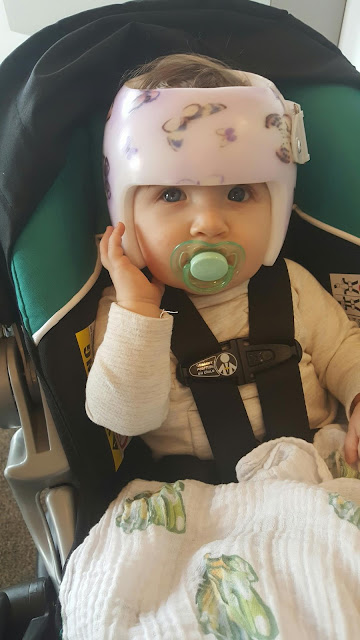 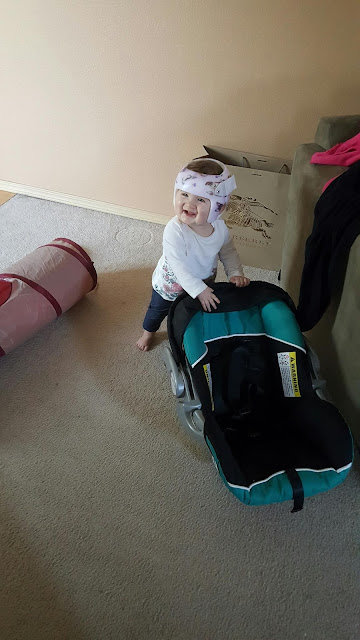