My Beauty and the Beast Experience

Warning:  Spoilers Ahead!
This past Friday, I took an evening off and joined my local mom's group for a showing of the new Disney Beauty and the Beast movie. This was a movie that I was really looking forward to, as I loved the classic 1991 animated film. I had seen several trailers, and I wondered how true to the original this film would be. I wasn't disappointed! The original songs were all there, as well as some new ones, all wonderfully brought to life by the actors, whom I didn't even know could sing. What a surprise! 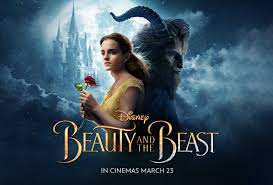 Several plot holes were filled, such as how Belle gets Beast onto the horse, and why the villagers seem to know nothing of the castle. There were also a few changes, such as the Beast's age at the time of the curse ( around 10 in the original, ) and both Belle and the Beast are given a backstory regarding their mothers, which was a wonderful addition. The only thing that the movie didn't reveal that I was hoping for was the Beast's real name. I guess we'll have to wait for the sequel for that, lol!
Now, I am aware of some controversy surrounding this film, making some apprehensive to see it, and has led the film to be outright restricted and banned in some countries. I have to say, that those fears are unwarranted and unnecessary after seeing the movie. You see, after hearing about these controversies quite a bit, I was on the lookout for these parts to see what all of the fuss was about.
The LeFou/Gaston relationship:  The director described this relationship as LeFou being enamoured by Gaston, and at times went between wanting to be him and wanting to kiss him. This didn't really translate into the movie. I viewed LeFou as such an insecure social outcast (he is) that he views and uses Gaston's "friendship" as a way to validate himself, and to give himself some social standing. I believe that deep down, LeFou doesn't even like Gaston. 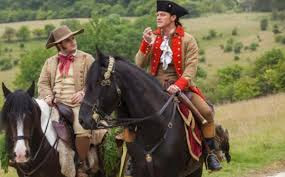 And as for Gaston, he doesn't really need LeFou. He is already the most popular guy in town. I believe he only keeps LeFou around because LeFou's fake adoration of him stokes his ego. Plus, LeFou is such a pushover, that he will do anything that Gaston makes him do without question, so of course he keeps him around.
They are both merely using each other for their own self interests, and I never got the perception that LeFou wanted to make the relationship an intimate one. If that was the director's intention, he failed. 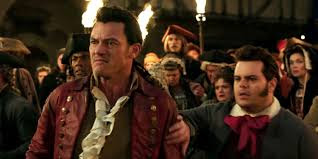 The cross dressing scene: Towards the end of the movie, during the big battle between the castle inhabitants and the townspeople, there is a scene where the wardrobe uses her powers to redress three attacking men. When she is finished with them, they are dressed in lavish gowns, complete with makeup and wigs. Two of the men turn and run, seemingly embarrassed. The third, turns, and smiles, as he really likes his new look. That's it. The scene lasted for just a few seconds, and was funny. I laughed, just as everyone else in the theater did. I'm pretty sure it would go completely over the heads of younger kids, and older kids and teens would just find the moment silly.
The dancing scene: At the end of the movie, the Prince is throwing a ball, and everyone is dancing and happy. There is a quick scene where LeFou and the cross dressed man from the battle are dancing with each other. They look like they are happy, and having a good time, just like everyone else. They aren't intimate in any way. They are just participating in a group dance. Again, it was just a momentary scene, and I doubt young children would even notice or care.
So, I'll say again that the controversies surrounding this movie are completely blown out of proportion. My hopes would be that no one would deny their children from seeing this movie if they wish because of unfounded rumors. 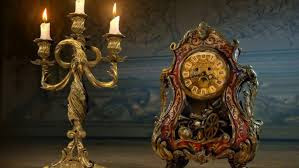 Overall, I really enjoyed this movie! I loved seeing all of the little girls dressed up in their yellow princess dresses, and I can't wait until Sara is old enough to enjoy movies, so I can share this with her. And I truly hope that they make a sequel, as there is so much more story to tell with this fairy-tale!